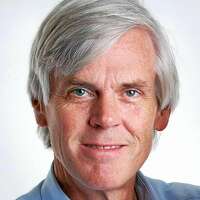 Reinhard Straub will always be grateful to Peter Tork, a member of the 1960s band the Monkees, for putting him on the path toward finally beating his addiction to cocaine, heroin and alcohol.

“Peter helped save my life,” Straub said last Monday afternoon as he sat in his Madison office, Recovery Services of Connecticut, where he is a clinical social worker and chemical dependency clinical supervisor. “He was very instrumental in helping me to get sober.”

Straub was hesitant to be interviewed about his years of addiction and self-described “nefarious” activites, including dealing drugs. But he agreed to talk in conjunction with his upcoming appearance Feb. 8 at “the Peter Tork Memorial Convention for Monkees Fans” (www.MonkeesFanConvention.com) at the Best Western Plus Hotel in North Haven. The event is being held to commemorate the first anniversary of Tork’s death.

Straub long ago moved on from the “crazy, wild days” when he was a rock musician in New York City. He said he is focused on now and the future.

So why is he appearing at the Monkees Convention?

“Because Charles Rosenay (the convention’s organizer) asked me to do it,” he said. “It’s an opportunity to play a little music. Charles asked me to bring my ax (his electric violin). It’s not like I’m looking to sign autographs. Peter liked that.”

Straub is candid about Tork’s big ego and needy personality. “It was not easy being his friend. Like you said, there was a bitterness.”

Straub was following up what I had told him about my impression of Tork after interviewing him at a Manhattan restaurant in 1982, shortly before he did a guest appearance at another of Rosenay’s Monkees conventions. When I asked him how things were going for the other former Monkees, Davy Jones, Michael Nesmith and Micky Dolenz, Tork replied sharply: “Why do I always have to mind these guys?”

I observed Tork another time in the early 1980s when he did a solo show for a small audience at one of the churches on or near the New Haven Green — and man, was he sour on the Monkees!

Like Straub, Tork went through years of addiction to alcohol and other substances. Tork told me he felt “isolated” after the Monkees broke up in 1969. “I was very depressed and alone. Drugs seemed like an escape but they actually exacerbated the problem. I was fortunate enough to see that.” He said group therapy was his escape route.

“Peter had been sober for 10 months when I met him,” Straub said. He recalled this being in 1979 or 1980. “He told me, ‘I found something better than religion.’ I thought he was out of his mind. But those (sobriety) meetings he took me to were his means to resurrection. He liked the social aspect, the people.”

Tork was still struggling to find his way post-Monkees. “He was a singing waiter in L.A.,” Straub recalled. “He was just trying to stay alive.”

In 1981 Straub used his music connections to assemble a band “around Peter.” It was called Peter Tork and the New Monks.

“We were going to go out and tour Japan, the resurrection out of the ashes of the Monkees,” Straub said. “But at the last minute, I decided I didn’t want to go. I was a self-centered narcissist. I was hanging out with John Lennon. I wasn’t going to tour with the (expletive) Monkees!”

Straub added: “(Jimi) Hendrix called Peter ‘the plastic Beatle.’ So I was too cool to go to Japan with him. I was playing with Aerosmith.”

Does Straub now regret that decision? “Yeah. I’ve never been to Japan.”

But he said Tork didn’t care that Straub wasn’t with him on that tour. “It was all about Peter. It wasn’t who was in his band. His job was being Peter Tork, the marketing of Peter Tork.”

Straub noted the Monkees TV show had just hit Japan at that time, two decades after its short-lived run in America. “The Japanese had no idea the TV show was almost 20 years old. When he arrived it was like he was a visiting dignitary. They were treated like rock stars.”

After Tork returned from that tour, Straub said, “That was sort of the end of our official relationship. But we remained friendly. Years later, after I got sober, we reconnected. In the early ’90s I played two gigs with him. That was the last time we played together.”

“I think Peter missed his calling. The minute you got him in front of a camera, he was ON. He had an ability to react off-the-cuff. He was charming, witty and intelligent. If you put a camera on him, he was like Marilyn Monroe.”

“I always thought he could’ve become a sit-com star,” Straub added. “And I told him that. I said: ‘Who gives a (expletive) about the music? You did that. It’s in the past.’ But he wasn’t having none of that. His need to prove he was a bona fide musician kept him from having any objectivity to see he had this natural talent.”

As for his own musical career, Straub is a bit wistful. “I was good! I came real close. I could’ve played with anybody. I could’ve been in anybody’s band. I was offered to play with the Allman Brothers Band before they were the Allmans.”

“But my addiction robbed me of a shot,” he said. “It robbed me of my true chance of making it in the music business.”

However, he immediately added: “If I’d made it big and was famous, I’d probably be dead.”

In 1987, seven years after Tork took him to that first sobriety meeting, and after 20 years of “living like a madman,” Straub was ready to get serious. “I got out of Dodge (New York City) and went into rehab, near Albany. I lived in a Salvation Army, by choice. That’s when I rebuilt my life.”

How was he able to get straight after all those years? “You have dreams; you have aspirations, things you planned to do all of your life. I realized none of it would be realized, that I would die having lived a meaningless life.”

Straub got his master’s degree and began working in the field of counseling and therapy for substance abuse. “I’m proud of what we’ve done here in Madison,” he said as he looked around his office, its walls covered with Straub’s imaginative and colorful paintings. “We’ve helped a lot of people. When I got into this business I had no idea the effect I could have on people. We’ve got a great team here.” (The co-creator of his business in 2018 was Jay Seigel.)

Given what he went through, Straub, now 69, said, “I feel lucky to be alive. All my contemporaries are dying. A lot of the people I played with, like Dr. John, they’re gone.”

I asked him how he felt when he heard Tork had died. “‘The bell tolls for thee,’ man. The last time I saw Peter, we were sugar caning up at his home near UConn. That was about 10 years ago. He had just beaten the first round of a really nasty cancer.” (He lost his long battle to that rare form of head and neck cancer at age 77.)

Straub believes Tork “died sober” and had been sober for about 40 years.

“I was pleased he got his moment in the sun at the end,” Straub said. “I think he would have been pleased, too, at his send-off. He was legitimatized by the music industry, not discounted that he was in the Monkees. That’s what he craved the most: to be recognized as a legitimate musician.”

Caron and McLean Holiday Dinner at University of Massachusetts Club

From the Desk of Reinhard W. Straub, LCSW, LADC & Executive Director of RSCT

Our Blog
Our Brochure
Rehab Near Me
Insurance / Finance
Our Reviews